Why You Should Avoid Using “Crown Lands” In Indigenous Consultation

One of the terms you will want to consider avoiding is “crown land” or “crown lands”. If you use this term in your work with Indigenous Peoples, you are opening the door to difficult conversations – that is if the door is still open to conversations once this term has slipped your lips. 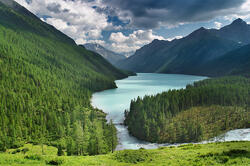 In my Intercultural presentation to the Vancouver Board of Trade, at about the 21st minute, I delve into the topic of crown land versus Indigenous title lands, or alternatively, unceded traditional territory.

Crown land is a term that everyone is familiar with but how many of us really know what it actually means? In large sections of BC, crown land is unceded land meaning that Indigenous title neither been surrendered nor acquired by the Crown. The Crown doesn’t own the land outright as the term suggests. In fact, in Delgamuukw and Gisday'way, the Supreme Court of Canada actually stated that Indigenous title represents an encumbrance on the Crown’s ultimate title.

Further, under the Royal Proclamation of 1763, the King of England declared that all unceded, unsold land would be reserved to them. The Proclamation stated that land could not be purchased from the Indigenous  without first being negotiated in public through the Crown. Its principles are alive and well in Canada, and are the basis of modern day treaty negotiations and Aboriginal rights and title cases

BC is unique in Canada in that most of the province (an area that’s about *95 per cent of the land base, or nearly 900,000 square kilometres) is unceded, non-surrendered First Nation territories.

In June of 2014, the City of Vancouver took the bold move of officially acknowledging that the city sits on unceded Indigenous territories. The acknowledgement came at the close of Vancouver’s “Year of Reconciliation”, declared by Mayor Gregor Robertson in the summer of 2013, as part of the city’s effort to build new relationships between Aboriginal peoples and Vancouverites.

THEREFORE BE IT RESOLVED THAT the City of Vancouver formally acknowledge

that the city of Vancouver is on the unceded traditional territory of the Musqueam, Squamish and Tsleil-Waututh First Nations;

FURTHER THAT Council direct staff to invite representatives from the Musqueam, Squamish and Tsleil-Waututh First Nations to work with the Mayor to develop appropriate protocols for the City of Vancouver to use in conducting City business that respect the traditions of welcome, blessing, and acknowledgement of the territory.

The City of Vancouver deserves kudos for showing leadership in creating the opportunity to take this positive bold step forward. I would encourage other local governments to do the same.

" *94 per cent of the land in British Columbia is provincial Crown Land, 2% of which is covered by fresh water. Federal Crown Land make up a further 1% of the province, including Indian reserves, defense lands and federal harbours, while 5% is privately owned." Wikipedia

Download our free eBook for a look at why there is a duty to consult.