Why We Need to Stay the Course on Reconciliation

“The report of my death was an exaggeration.”
Mark Twain

Is reconciliation dead? Our trainers and staff frequently are asked this question, and their answer is “No!”

However, some think it’s dead, so I asked Google. My query showed 30,600,000 results. A quick scan of the first three pages of articles declared reconciliation dead (except ours, Reconciliation Isn’t Dead. Here are 94 Reasons Why) or took the approach that it wasn’t dead because it never was alive.  Why do we hold this belief when others have thrown up their hands? More progress has occurred in the past few years than ever before. It is not for us or anyone other than the survivors of the residential schools themselves to make that call. For survivors, reconciliation is a journey of healing, dignity and justice. If we give up on reconciliation, where does it leave us as a country?

A Quick Look at the Long History of Reconciliation

The seeds of reconciliation were sown in 1996 with the publication of The Royal Commission on Aboriginal Peoples’ final report. The five-volume, 4,000-page report covered a vast range of issues and 440 recommendations for extensive changes to the relationship between Indigenous and non-Indigenous people and governments in Canada. The federal government responded in 1998 with Gathering Strength: Canada's Aboriginal Action Plan, which included a Statement of Reconciliation that recognized the abuse suffered at the residential schools. Neither the final report and its 400 recommendations nor the Action Plan generated much action on reconciliation.

It wasn’t until twelve years later, in 2008, that many Canadians became aware of the term “reconciliation,” residential schools and the scope of suffering in those schools. For some, it began precisely on June 11, 2008, when the Prime Minister of Canada, the Right Honourable Stephen Harper, made a Statement of Apology to former students of Indian Residential Schools on behalf of the Government of Canada.

“...The government recognizes that the absence of an apology has been an impediment to healing and reconciliation.”

The Truth and Reconciliation Commission (TRC), borne in 2008 from the above apology and the Indian School Settlement Agreement, spent six years travelling across Canada, bearing witness to the experiences of 6,500 residential school survivors and their families. The work of the TRC marked the dawning of awareness about residential schools by bringing this aspect of Canadian history out from the shadows. The TRC hosted seven national events, which drew considerable media attention and the word “reconciliation” began to infiltrate the consciousness of Canadians. 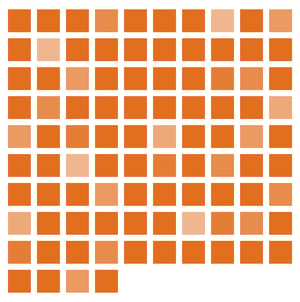 But, it wasn’t until 2015 that the concept of reconciliation finally gained solid traction when the TRC released its Summary Report and 94 Calls to Action (CTAs) to guide reconciliation in all sectors. Finally, there were actionable policy recommendations to follow. And the response from governments, organizations, businesses and individuals was overall positive.

Tangible evidence for us as a provider of Indigenous relations training was a significant uptick in governments and businesses requesting our training to address CTAs #57 Professional Development and Training for Public Servants and  #92 Business and Reconciliation. In 2015, when the TRC 94 CTA's were announced, Indigenous Corporate Training Inc. had already been providing training to governments and businesses in Working Effectively with Indigenous Peoples® for well over a decade. Because of this training, many of these governments, organizations and businesses were already well on the way to meeting CTA's #57, and #92 and were on the path of Reconciliation.

We also saw a dramatic increase in visitors to our Working Effectively with Indigenous Peoples® Blog. But, what gives us perhaps the greatest joy and belief that Canadians have embraced reconciliation is the proliferation of Land Acknowledgements. I wrote about First Nation Protocol in 2005 in my first book, Working Effectively with Aboriginal Peoples®, and at that time, no one was doing it. Now, you see Land Acknowledgements in email signature blocks, websites, sports and entertainment events, meetings, convocations - everywhere.

A Sliver Within a Sliver

Back to the question. We hear this question or conversation most frequently around pipeline projects. CTA #92 Business and Reconciliation calls upon the corporate sector for, among other things, “meaningful consultation, building respectful relationships, and obtaining the free, prior, and informed consent of Indigenous Peoples before proceeding with economic development projects.” The issue is that the law around meaningful consultation has many interpretations and can lead to acrimonious relationships.

And, there’s the frustration that the three levels of government have not consistently adopted the United Nations Declaration on the Rights of Indigenous Peoples - some are, some aren’t, some will, some won’t. It’s the arbitrary approach that is frustrating for both Indigenous communities and businesses. 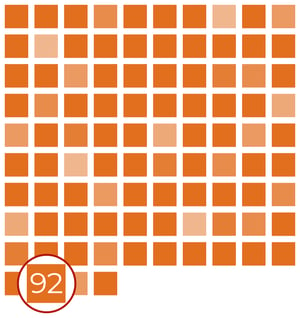 Declaring reconciliation dead or asking, “is reconciliation not working?” only looks at a small part of the reconciliation picture. This narrow view damages the work and progress governments, businesses, organizations, and individuals have made on the other 93 CTAs. Think about Pope Francis making the historic apology in April 2022 and following that up with a visit to Canada. That apology and visit would likely not have happened if it were not for the concerted effort of many to fulfill CTA #58:

#58 Church Apologies and Reconciliation
We call upon the Pope to issue an apology to Survivors, their families, and communities for the Roman Catholic Church’s role in the spiritual, cultural, emotional, physical, and sexual abuse of First Nations, Inuit, and Métis children in Catholic-run residential schools. We call for that apology to be similar to the 2010 apology issued to Irish victims of abuse and to occur within one year of the issuing of this Report and to be delivered by the Pope in Canada.

The 6,500 survivors who lived the horror of residential schools shaped the CTAs for reconciliation. It is they who suffered. They patiently waited decades for their truths to be heard, their suffering recognized, for dignity, justice, compensation, and for apologies from the churches involved in running the schools. They need hope and faith that the country is on a better path for Indigenous Peoples. The survivors alone have the right to decide if reconciliation is dead.