What Are Urban Reserves?

This is the second installment in our series on First Nation reserves. The first part provided some FAQs on reserves whereas this article will provide some information on urban reserves. According to the Indigenous and Northern Affairs Canada website, as of 2008, there were over 120 urban reserves across Canada [1]. The province with the highest number of urban reserves is Saskatchewan with 54, including the oldest, the Muskeg Lake Cree Nation urban reserve in Saskatoon, which was created in 1988. 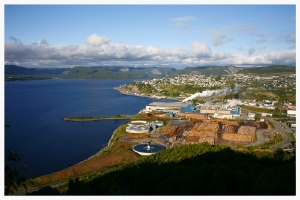 There are two types of urban reserves: one is a reserve that was rural but became urban when a neighbouring town expanded around them. An example is the Musqueam Reserve in Vancouver. The second type of reserve is created when a First Nation acquires a block of land in a city and works through the process of acquiring reserve status for the land.

The trend of migration from reserves to urban centres, according to the 2011 National Household Survey, has resulted in over half of First Nations people with registered Indian status no longer living on reserves. The migration from geographically remote reserves to urban centres is due to many reasons but primarily because that is where First Nations people can more readily access education, training and employment.

Opportunities for economic self-sufficiency for a remote First Nation can be slim or non-existent. But, if that Nation has the ability to purchase land in an urban setting then they have the ensuing opportunity to develop businesses and provide employment and training for their community members. But, it’s not just the First Nation that benefits as successful urban reserves contribute to the economy of the urban centre. The Muskeg Cree First Nation’s Asimakaniseekan Askiy has become a commercial hub in southeast Saskatoon with both Indigenous and non-Indigenous-owned businesses.

Local municipalities have some concerns about First Nations owning reserve land, especially non-contiguous parcels. Some of the common concerns include loss of land and tax base, inconsistencies in land use, conflicts in land use, by-law coordination, and provision of services. However, as part of the process of obtaining reserve status, First Nations typically negotiate agreements with municipalities that cover compensation for loss of municipal and school taxes, service agreements, and by-law compatibility.

Property owners also have concerns as there is a stigma attached to the word “reserve” and they fear property value depreciation of their land and businesses if an urban reserve is approved in their neighbourhood.

The cost of land in urban centres can be exorbitant so how can First Nations afford to do this? With the cash settlements from specific and Treaty Land Entitlement settlements, that’s how. Once they have purchased the land, they then have the option of working through the process of applying to the federal government for reserve status for that land – the process can be as short as two years in some jurisdictions (Saskatchewan), and as lengthy as 12 years (Manitoba) in others. And while the Nation is working through the process, they have to pay taxes on the lands until reserve status is granted.

Overall, however, the federal government seems to be supportive of urban reserves:

"Improving the social and economic circumstances of First Nation people is a major priority for the Government of Canada. By offering First Nations economic opportunities that are unavailable in rural areas, urban reserves serve as springboards into the mainstream economy. They reduce operating costs and provide better access to capital markets and transportation routes, enabling First Nations to diversify their economic base. At the same time, they contribute to the economic and business development of urban centres across Canada. All Canadians benefit from their success." [2]