The Evolution of Indigenous Relations in the City of Kamloops

Tammy Robertson, External Relations Manager for the City of Kamloops has an ambitious goal: for the City of Kamloops to become a role model for Indigenous/municipal relations. The relationship between the City and Tk’emlúps te Secwépemc, over a short period of 18 months, has evolved from one of much uncertainty into one based on mutual trust and respect. They’ve gone from annual community-to-community forums with little outcome to working collaboratively on significant community projects and actively looking for additional opportunities to collaborate on projects. 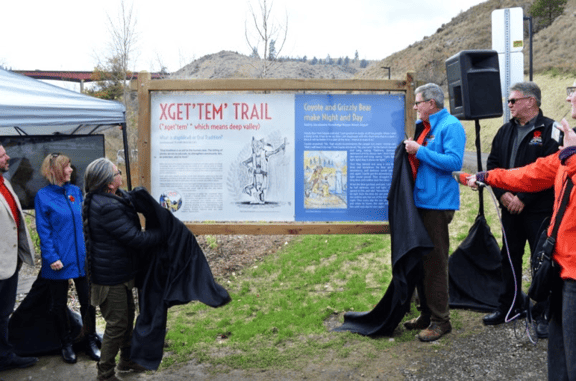 Relationship building with Indigenous communities wasn’t always given the necessary time or resources - it was not a priority. Ms. Robertson, in her former role as Communications Manager for the City, managed Indigenous relations off the corner of her desk. Projects between the City and the Tk’emlúps te Secwépemc community languished on the books for years with little movement. While she wanted to devote time and energy to working with Tk’emlúps te Secwépemc, she simply did not have the time or resources.

When Ms. Robertson was moved into a new position as External Relations Manager, she was finally able to immerse herself in working with the Tk’emlúps te Secwépemc community. Feeling a bit overwhelmed with all she had to learn, she enrolled in our Indigenous Relations Training Week courses in Vancouver. “Those were so beneficial and now I’m seen as a local resource for industry and businesses who want to know how to engage respectfully with the Tk’emlúps te Secwépemc community. I’ve also started taking Secwepemctsin language courses and through those courses, I am learning about their culture. I’ve also met some amazing community members. I have so much to learn but it’s so exciting and rewarding.”

In early November 2018, a newly constructed 1.7-kilometre multi-use pathway was named Xget'tem' Trail in recognition of Tk’emlúps te Secwépemc’s traditional place name for the area. Signage at trail entrances provides details about the importance of oral tradition and knowledge keepers. Xget'tem', which means the deep valley, was chosen through collaboration between the City and the Tk’emlúps te Secwépemc.

Two other collaborative initiatives include a public signing of a Letter of Understanding (LOU) between the City and Tk’emlúps te Secwépemc in February 2019 on the Negotiation and Formalization of Cultural Heritage Protocol Agreement. This LOU serves as a commitment to preserving and promoting Secwépemc values, including the protection of Tk’emlúps te Secwépemc cultural heritage resources. Later this year, the City and Tk’emlúps te Secwépemc will hold a public signing of another LOU on the Stuart Wood Property - Cultural Centre. The LOU is a commitment to work together to establish a cultural centre at the Stuart Wood property that is vibrant and inclusive in the sharing of the history of Kamloops and the surrounding area, the First Peoples of those lands, Truth & Reconciliation, language, and culture.

“The City has been inviting Tk’emlúps Council and staff to give presentations at our meetings, which really contributes to our ongoing education. And the Tk’emlúps te Secwépemc Chief and I will share our experiences at the Local Government Management Association conference in June,” says Ms. Robertson.

Ms. Robertson’s goal of working to make the City of Kamloops a national leader in Indigenous/local government relations is certainly looking good!

Indigenous Relations tips:
There have been some bumps along the way but because of the enhanced level of trust, those bumps did not become roadblocks. Here are some tips from Ms. Robertson:

Here's a Pledge of Reconciliation organizations and corporations can adopt to guide their reconciliation actions. Click the image to grab your Pledge. 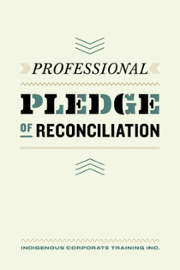