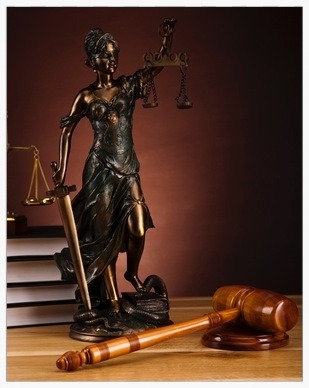 It is a relatively recently introduced legal concept. From our research, the “duty to consult” was first mentioned in Delgamuukw, Court of Appeal of British Columbia; Supreme Court of Canada, 1984-1997:

Moreover, the other aspects of aboriginal title suggests that the fiduciary duty may be articulated in a manner different than the idea of priority. This point right to choose to what ends a piece of land can be put. The aboriginal right to fish for food, by contrast, does not contain within it the same discretionary component. This aspect of aboriginal title suggests that the fiduciary relationship between the Crown and aboriginal peoples may be satisfied by the involvement of aboriginal peoples in decisions taken with respect to their lands. There is always a duty of consultation. Whether the aboriginal group has been consulted is relevant to determining whether the infringement of aboriginal title is justified, in the same way that the Crown’s failure to consult an aboriginal group in respect to the terms by which reserve land is leased may breach its fiduciary duty at common law: Guerin. The nature and scope of the duty of consultation will vary with the circumstances. In occasional cases when the breach is less serious or relatively minor, it will be no more than a duty to discuss important decisions and will be taken with respect to lands held pursuant to aboriginal title. Of course, even in these cases when the minimum acceptable standard is consultation, this consultation must be in good faith and with the intention of substantially addressing the concerns of the aboriginal peoples whose lands are at issue. In most cases, it will be significantly deeper than mere consultation. Some cases may even require the full consent of an aboriginal nation, particularly when provinces enact hunting and fishing regulations in relation to aboriginal lands. [1]

For some perspective as to why the duty to consult is such a recent legal principle, prior to 1951, status Indians were prohibited from hiring a lawyer, and it was against the law for anyone to provide funds for status Indians to hire a lawyer to pursue land claim activity. Amendments to the Indian Act in 1951 removed that law and the door was opened for legal action focused on Aboriginal title and rights.

While the the “Crown’s duty to consult” may be foundational it is still evolving. The duty to consult as outlined in Delgamuukw was further defined in Haida Nation v. British Columbia (Minister of Forests), Supreme Court of Canada, 2004.

(1) the Crown’s knowledge, actual or constructive, of a potential Aboriginal claim or right;

(3) the potential that the contemplated conduct may adversely affect an Aboriginal claim or right. (para. 31) [2]

“In discussing the second element (contemplated Crown conduct), the Court went out of its way to clarify that it was not addressing the question of whether consultation obligations could arise from the government’s action in preparing or passing legislation.

“We leave for another day the question of whether government conduct includes legislative action.”  (para. 44)” [3]

And on May 17th,  2017, that day dawned. “The Supreme Court of Canada announced today that it would hear an appeal from the Mikisew Cree First Nation about whether Canada breached its duty to consult when drastically overhauling its environmental legislation.” [4]

Here’s some background on the case that has brought forth a new aspect to the duty to consult:

In 2012, without consulting with any First Nations, the federal government introduced two omnibus bills that proposed changes to Canada's environmental protection and regulatory processes. The Mikisew Cree First Nation commenced proceedings, arguing that since the legislation would affect their treaty rights to hunt and fish, they should have been consulted by the Crown during the development of the omnibus bills and their introduction.

[3] The Seven Year Itch: The SCC Returns to Address an Unresolved Question regarding the Crown’s Duty to Consult Aboriginal People and the Legislative Process

[4] Mark Gustafson, Associate, JFK Law Corporation, Supreme Court of Canada to Hear Appeal About Whether Duty to Consult Applies to Development of Legislation

Here's a free ebook for you that provides summaries of the foundational court cases that define Aboriginal rights, title and the duty to consult.  Just click the image to begin your download.