There has been a massive jump in Indigenous owned and operated businesses in Canada since the 1990s, when it was estimated there were just 6,000. That number grew to 27,000 in 2001 and according to the 2006 census the number of self-employed Indigenous people had grown to 37,000 - a growth rate five times that of self-employed non-Indigenous Canadians. By 2016, according to the Sodexo Canada Indigenous Business Survey, the number of Indigenous entrepreneurs had grown to 43,000. While we have not been able to determine what that means in terms of total contribution to Canada’s gross domestic product, we did find that the Indigenous tourism industry alone produces $1.4 billion of Canada’s annual GDP, and employs more than 33,000 people. 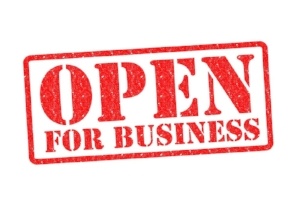 The survey highlighted some interesting results in terms of how non-Indigenous Canadians view Indigenous organizations. Some really positive findings here that seem to indicate a growing recognition and understanding of the economic contributions and economic value of a thriving Indigenous business sector:

“The success of Indigenous businesses clearly matters to Canadians,” says JP Gladu, president and CEO, Canadian Council for Aboriginal Business (CCAB). “The fact that Canadians expect the private sector to step up with action to help Indigenous entrepreneurs sends a powerful message to decision makers. This broad public support will also fuel the optimism of Indigenous business owners. The role that procurement can play in offering a hand up could incentivize businesses to champion and encourage Indigenous business inclusion at all levels of business interaction and participation.” [2]

And one on the challenges faced by many Indigenous entrepreneurs


It’s really encouraging to see recognition of the importance of a strong Indigenous entrepreneur sector.