The 1990 Supreme Court Decision in R. v. Sparrow was the first Supreme Court of Canada decision which applied s. 35 of the Constitution Act, 1982 which states “The existing aboriginal and treaty rights of the aboriginal peoples of Canada are hereby recognized and affirmed”. 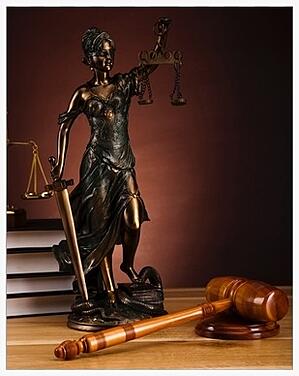 In the foundational Sparrow ruling, the Supreme Court ruled that First Nations have an Aboriginal right, as defined in the Constitution, to fish for food, social and ceremonial purposes and that right takes priority over all others, after conservation.

In Sparrow, Ron Sparrow, a member of the Musqueam First Nation appealed his conviction on a charge of fishing with a longer drift net than permitted by the terms of the Band's fishing license under the Fisheries Act. He based his appeal on the argument that the restriction on net length was invalid because it was inconsistent with s. 35 of the Constitution Act, 1982 – the section of the Act that recognizes and affirms existing Aboriginal and treaty rights.

The Sparrow case was the first opportunity for the Supreme Court of Canada to interpret what s. 35 actually meant. In overturning Sparrow's conviction, the Court ruled that the Constitution Act provides "a strong measure of protection" for Aboriginal rights, and that any proposed government regulations that infringe on the exercise of those rights must be constitutionally justified.

The two-part Sparrow test for determining whether an infringement can be justified is:

(i) the government must be acting pursuant to a valid legislative object; and

(ii) the government’s actions must be consistent with its fiduciary duty toward Aboriginal Peoples.

If a valid legislative object is established, assessment of whether the government’s actions are consistent with that fiduciary duty between the Crown and Aboriginal Peoples requires that three questions be addressed:

(i) Has there been as “little infringement as possible” in order to achieve the intended result?

(ii) In a case of expropriation, has fair compensation been paid?

(iii) Has the particular Aboriginal People been consulted?

The Sparrow justification test applies beyond Aboriginal rights, to include treaty rights and Aboriginal title as well.

The Court further ruled that:

The Sparrow case remains one of the most important Supreme Court decisions pertaining to Aboriginal rights. The decision provides substantive meaning to  s.35. Sparrow sends a strong message to all parties concerned that when dealing with the rights of Aboriginal people, their rights are to be taken seriously, sensitively and in such a manner as to maintain the honour of the Crown in its fiduciary relationship with them.

Here are two related articles you might find interesting:

If you are interested in other significant court cases that affirm Aboriginal rights and title, consider taking our Working Effectively With Indigenous Peoples® course as we delve into the court cases that have defined Indigenous rights in Canada. The training is available in virtual classroom format or eTraining format.