In the 1950s, the government of BC authorized the building of a dam and reservoir that altered the flow of the Nechako River without consulting the First Nations of the Carrier Sekani Tribal Council affected by this project. Excess power generated from the dam has been sold by Rio Tinto Alcan to BC Hydro under Energy Purchase Agreements (“EPAs”). Since the initial EPA in 1961 there have been regular renewals of these agreements. At the time of the 2007 EPA the First Nations asserted to the BC Utilities Commission (the “Commission”) that these agreements should be subject to consultation under Section 35 of the Constitution Act, 1982. 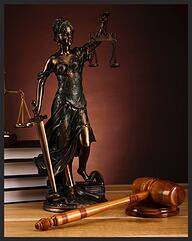 The Supreme Court of Canada held that it was within the powers of the Commission to determine whether the duty to consult had been met and continued by following the Court’s ruling in Haida Nation’s test of when does the duty to consult arise by outlining the three elements of that test:

The Court further stated that the duty to consult is confined to the adverse impacts flowing from the specific Crown proposal at issue – not to larger adverse impacts of the projects of which it is a part.  Where the resource has long since been altered and the present government conduct or decision does not have any further impact on the resource, the issue is not consultation, but negotiation about compensation for the failure to have been properly consulted in the past.

The Court upheld the Commission’s ruling that the duty to consult did not arise because the 2007 EPA would not adversely affect any Aboriginal interest. The failure to consult on the initial project was an underlying infringement, but did not affect this 2007 EPA.

We hope you found this analysis of the Rio Tinto decision to be informative. We discuss all the signficant court cases in our public workshops and on-site training.

Here's a generic Indigenous Traditional Knowledge Consent Form you can download and adapt to your unique needs.