Orange is the New Symbol of Truth & Reconciliation

The recent discoveries of 215 unmarked graves at a former Residential School near Kamloops, British Columbia and subsequent discoveries at other Residential Schools have brought the issue of Truth and Reconciliation sharply back into focus. While most Canadians were made aware of the excesses and degradations visited upon Indigenous children through such announcements as Prime Minister Stephen Harper’s Statement of Apology in 2008, the Idle No More movement, and the Truth and Reconciliation Commission with its 94 calls to action, few non-Indigenous people knew just how horrendous these “schools” were.

The discovery of these graves has brought these horrors into sharp focus and moved the hearts of people across the country and around the world. But while continuing revelations about Residential Schools and the Sixties Scoop prompted the Truth and Reconciliation Commission, the need for reconciliation goes deeper still.

It is vital to understand what Truth and Reconciliation is, and what it isn’t. At its core, it is about mutual respect between Indigenous Peoples and non-Indigenous people. It is a way forward in which everyone can achieve their potential as individuals and as communities. It is a way forward where new relationships can be forged.

“In order for [reconciliation] to happen, there has to be awareness of the past, an acknowledgement of the harm that has been inflicted, atonement for the causes, and action to change behaviour.” – Truth & Reconciliation Commission

Non-Indigenous people in Canada may not have a comprehensive understanding of what Indigenous Peoples mean when we use these terms.

Join us on September 30

On this National Day of Truth and Reconciliation, we invite our non-Indigenous brethren to show your support by wearing an orange shirt or hat, jacket or scarf or whatever. You can also encourage your employees, your colleagues, your co-workers and your friends and family to be a part of this.

We also invite you to learn more about Truth & Reconciliation in other tangible ways:

Take a Personal Pledge of Reconciliation and encourage others to take it as well. 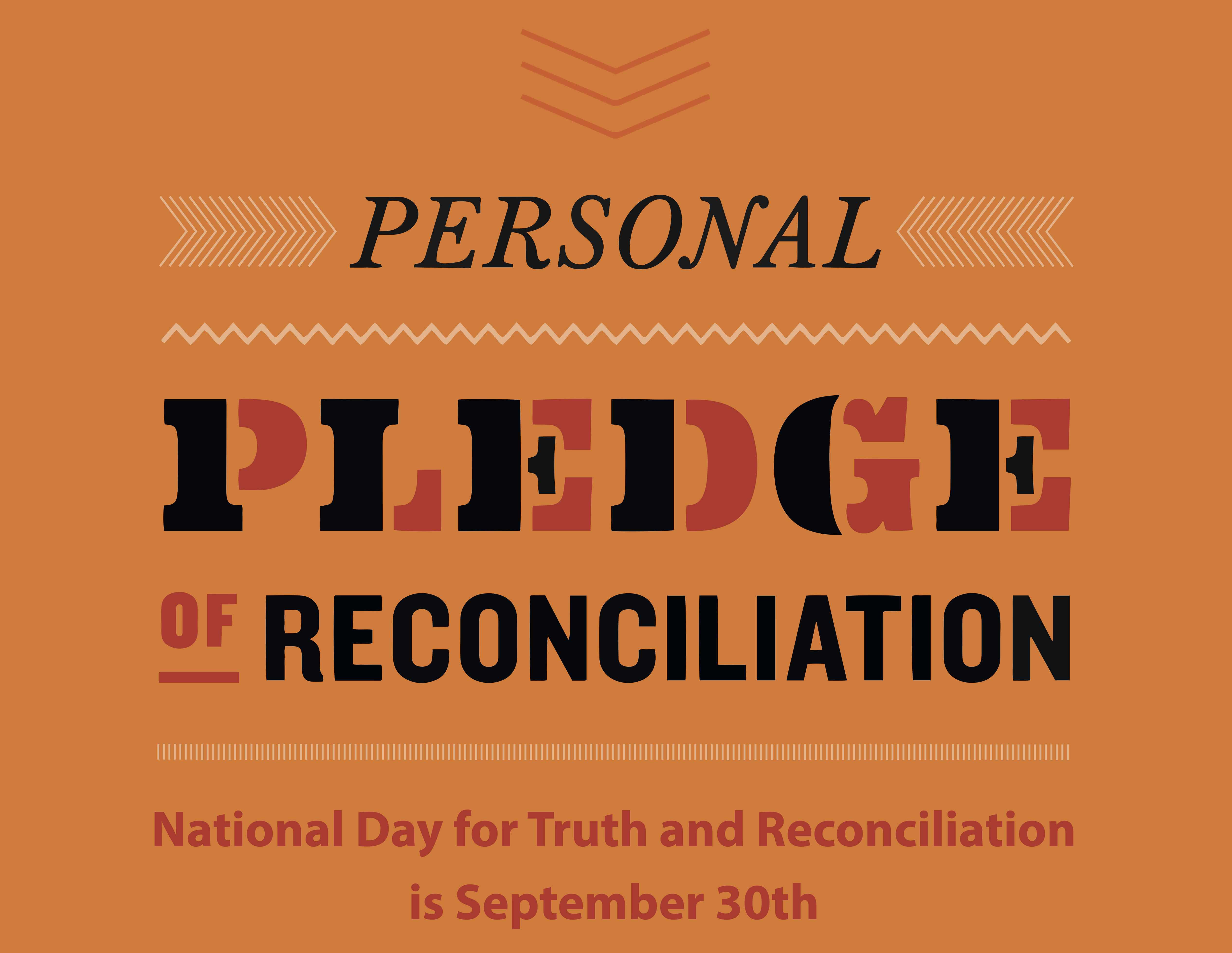 Enrol in our Reconciliation 101 course to understand fully the past, the present and the future of relations between Indigenous Peoples and non-Indigenous Canadians.

10 Things You Can Do: Kamloops Indian Residential School