Protecting your Aboriginal Relations Strategy in a Recession

It looks as though Canada may be entering an economic slowdown which means managers and financial officers will be given the task of cutting costs. Unfortunately, at times like these, in some companies, Aboriginal relations go from being considered a real and necessary part of doing business to being considered a luxury.

What’s wrong with the above scenario? It sends a message to Aboriginal Peoples that these companies are "here for a good time, not a long time." 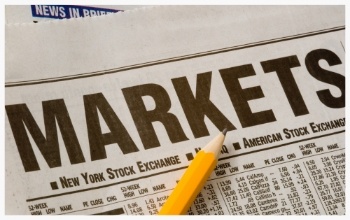 What happens when the economy recovers and these companies are once again keen to pursue business opportunities that require community support? It’s going to be so much harder for them to convince communities that they are committed to their Aboriginal relations strategy when the Aboriginal community has just experienced the companies' lack of commitment to the community during an economic downturn.

“The Ministry of Aboriginal Relations and Reconciliation will take an $11.2 million cut, which in the relatively small ministry amounts to 18 per cent of its budget. The cut comes despite language in yesterday's throne speech saying the government will commit several of the New Relationship commitments to legislation. The ministry will maintain its current number of staff, but cuts will be made to the areas of negotiations, aboriginal relations and executive and support services.” [1]

Regardless of the economy, the duty to consult and accommodate keeps growing. Companies and governments are ill advised to halt negotiations during a tough economic time as picking up where you left off will be much more difficult and time consuming, if not impossible in the future. The company's reputation, potential changes to Chief and Council as well as in the company's Aboriginal relations team means relationship building will have to start anew. As we explain in our training programs, Aboriginal Peoples are here for the long haul – always have been, always will be – they don’t come and go with the economy, nor does the duty to consult and accommodate.

We know from our on-site training that managers are bracing for a slowing economy and mentions of the “R” word (recession) in the news have them looking for ways to cut costs. We encourage you to not sacrifice your Aboriginal relations strategy.

For those of you who will have to do more with less after the cuts; consider joining us for one of our virtual classroom Indigenous Relations Training Weeks.

Interested in receiving our monthly Indigenous Relation Bulletin e-newsletter which features the most recent blog articles, new free eBook offers and much, much more? Click Subscribe!