In 1984, members of the Nuu-chah-nulth First Nation and other protesters blocked MacMillan Bloedel’s access to its timber berth on Meares Island. The Province of British Columbia regarded the vast majority of the island as Crown land, but the protesters claimed that allowing logging on Meares Island interfered with Aboriginal title. A court injunction was sought to halt MacMillan Bloedel’s operations until the claim was resolved. 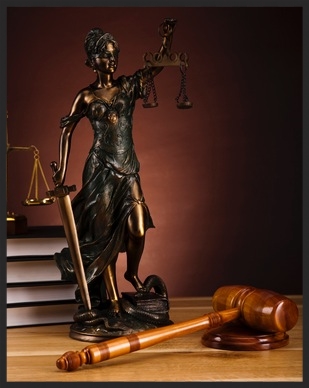 The B.C. Supreme Court denied the request, but the B.C. Court of Appeal (which does not usually grant leave to hear appeals in such injunction cases) [2] greed to hear the application. In granting the injunction in a three to two decision, the majority gave some pointed feedback to the provincial Crown. Justice Seaton said:

“It has…been suggested that a decision favourable to the Indians will cast a huge doubt on the tenure that is the basis for the huge investment that has been made and is being made… There is a problem about tenure that has not been attended to in the past. We are being asked to ignore the problem as [the province of British Columbia has] ignored it. I am not willing to do that." (emphasis added)

Justice MacFarlane was even blunter in calling for meaningful treaty-making negotiations:

“The fact that there is an issue between the Indians and the province based on Aboriginal claims should not come as a surprise to anyone. Those claims have been advanced by the Indians for many years. They were advanced in [the Calder case] and half the court thought they had some substance… I think it is fair to say that, in the end, the public anticipates that the claims will be resolved by negotiations and by settlement. This judicial proceeding is but a small part of the whole process which will ultimately find its solutions in a reasonable exchange between governments and the Indian nations." (emphasis added)

The Martin (Meares Island) case was adjourned by agreement of the Nuu-chah-nulth First Nation, MacMillan Bloedel, and the governments of British Columbia and Canada. The injunction on logging is still in effect and none of the parties have requested resumption of the trial. As a result of Martin, B.C.’s provincial Ministry of Native Affairs was created in 1988. By 1989, public support for the government’s entry into treaty negotiations had reached 80%, and Social Credit Premier Vander Zalm appointed a Native Affairs Advisory Committee to consider the government’s options.

By the fall of 1990, following the Mohawk blockades at Oka and Kahnawake, and further Aboriginal blockades across the country (particularly in Alberta and B.C.), Premier Vander Zalm announced that his government would commence negotiations with B.C.’s Aboriginal and First Nations still without acknowledging Aboriginal title.

[2] The key issue for the Nuu-chah-nulth was their desire to preserve evidence of their historic use of the natural resources of the area – they argued that clear-cut logging would erase that evidence.

By the way we talk all about these cases in our public workshops and onsite training.