“If only we could understand how students make sense of their natural world, we could design a science curriculum so that science makes sense to all students.“ [1]

Until relatively recently, science educators taught science from the perspective of Western science, and only Western science. Which, when taken in the context of Canadian history, is not surprising given that under the Indian Act education was the tool of assimilation policies designed to alienate Indigenous Peoples from their cultures, traditions, and identities. 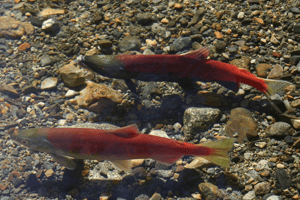 Indigenous Peoples, through observing their environment for millennia, have developed a storehouse of intimate knowledge of the natural world. Their knowledge goes back well beyond information accumulated over a few decades of research. Yet, recognizing Indigenous knowledge as a viable form of scientific understanding was not a consideration until relatively recently.

Lessons based on the western perspective of science frequently have not resonated with Indigenous students, whether they are in an urban setting or living in their home communities. In many Indigenous cultures, the way in which children look at the world and learn through that lens can be at odds with the western form of education. Here’s a snapshot of some core differences:


There has been a significant shift to include Indigenous knowledge in the curriculum following the release of the Truth and Reconciliation Commission’s Report on Indian Residential Schools and the 94 Calls to Action which include:

62. We call upon the federal, provincial, and territorial governments, in consultation and collaboration with Survivors, Aboriginal peoples, and educators, to:

ii. Provide the necessary funding to post-secondary institutions to educate teachers on how to integrate Indigenous knowledge and teaching methods into classrooms.

iv. Establish senior-level positions in government at the assistant deputy minister level or higher dedicated to Aboriginal content in education.


Finding a way to educate using the best of both forms of education yet still meet provincial standards can be challenging. Some science lessons lend themselves well to a merging of knowledge. One way to achieve this is for students to learn first from the Indigenous perspective and then transcribe that information to western terms. In Education Indigenous to Place: Western Science Meets Native Reality, the authors use the example of describing how to present information about the flow and velocity of water in a river. When describing an eddy along the river for placing a fishing net, it should be explained initially in the indigenous way of understanding, pointing out the currents, the movement of debris and sediment in the water, the likely path of the fish, the condition of the river bank, upstream conditions affecting water levels, the impact of passing boats, etc. Once the students understand the significance of the knowledge being presented, it can then be explained in western terms, such as flow, velocity, resistance, turgidity, sonar readings, tide tables, etc.

The world is increasingly becoming highly technological which is changing the nature of jobs and careers. There is a current and growing demand for workers who have foundations in science, technology, engineering and math (STEM).

“In the 21st century, scientific and technological innovations have become increasingly important as we face the benefits and challenges of both globalization and a knowledge-based economy. To succeed in this new information-based and highly technological society, students need to develop their capabilities in STEM to levels much beyond what was considered acceptable in the past.” (National Science Foundation) [3]


There is a real concern about how to engage students in these subjects early in their learning journey so  they will pursue higher education and careers in these fields. That concern resonates with the Canadian Council for Aboriginal Business:

“With the ever-evolving nature of work and increasing demand for participation in Science, Technology, Engineering and Mathematics (STEM) related professions, Indigenous Peoples are facing certain challenges in engaging with the Canadian economy and workforce. Awareness and preparation through times of change may allow Indigenous businesses and workers to adapt and succeed in the evolving digital economy – solidifying them as a driving force in competitive global markets.” [4]

So, what is STEM? STEM is not just an acronym but is a means of engaging students by integrating the four disciplines into a cohesive learning experience based on real-world applications. It’s a blended learning environment that shows students how scientific principles can be applied to everyday life. Which is relatively similar to the first bullet point above under Indigenous forms of education.

Actua, a national charity that is preparing youth to be innovators and leaders by engaging them in exciting and accessible STEM experiences, has developed “a customized, community-based approach to engaging First Nations, Métis, and Inuit youth in locally and culturally relevant STEM education programs curriculum tailored to Indigenous learners” called Indigenous Youth in STEM, or inSTEM. The organization has worked with hundreds of Indigenous communities and thousands of Indigenous students.

The way we engage students is changing and the way we work is changing. It’s great to know that there are programs available to engage Indigenous students in STEM so that they have the skills and education necessary to be part of the new economy.

[4] DIGITAL DIRECTIONS: Towards skills development and inclusion of Indigenous Peoples in the new economy, Canadian Council for Aboriginal Business, Feb 2019