Indigenous issues articles: Is it time for specific headlines?

“Although daily newspapers have covered Indigenous issues extensively, news organizations are being called upon to reach a higher standard. As Truth and Reconciliation Commissioner Marie Wilson put it when she spoke to Ryerson’s School of Journalism, “Journalists must embrace their role as educators when reporting on Indigenous issues and recognize how their work shapes perceptions.” [1]

For many Canadians their sole source of information about Indigenous Peoples is via articles in print or online. Given that readers increasingly scan the headline before sharing on social media or moving onto another article, there has never been a greater need for specificity in headlines. 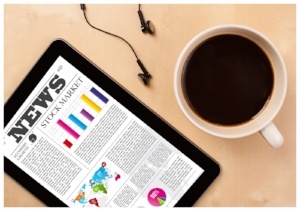 "People are more willing to share an article than read it," study co-author Arnaud Legout said in a statement. "This is typical of modern information consumption. People form an opinion based on a summary, or a summary of summaries, without making the effort to go deeper." [2]


Here’s a quiz for you: which of these headlines are specific?

The others give the misconception that all of the over 600 First Nations in Canada are raising the rent, protesting pipelines and development of the Ring of Fire mineral deposit. Clarity about which First Nation is taking the action is provided at varying spots in the other articles.

First Nations seek to raise Canada’s rent after 150 years of $4 payments
Seven paragraphs in the reader learns that only 21 of the 630 First Nation communities in Canada, representing about 30,000 people of the 851,560 people who identify as First Nations, have taken the federal and Ontario governments to court.

B.C. First Nations unite in fight against Trans Mountain pipeline
In the first paragraph you learn that three of the 198 First Nations in BC have filed lawsuits.

Mining Companies, First Nations Clashing Over Ring of Fire, MPs Told
A full nine paragraphs into the article you learn that one umbrella group, representing nine First Nations, is protesting the Ring of Fire development.

You see what I mean?

When writing about Indigenous Peoples, editors and journalists should consider changing the practice of using “First Nations” as a generic, collective noun in their headlines. Headlines that use “First Nations” give the impression that all First Nations in Canada are a united, homogeneous group that speaks and acts as one. The practice is not helpful to the way First Nations are perceived in this country, and is counter productive to reconciliation. The role news providers play in shaping and forming opinions can be enhanced by being specific.

Journalists assigned to cover Indigenous news should be aware, at a minimum, that there are more than 630 First Nation communities in Canada, which represent more than 50 Nations and 50 Indigenous languages. Each Nation has its own culture, traditions, creation story, art, worldviews, socio-economic situation, issues, and priorities. Additionally, those who report on news should be aware of the pre- and post-contact history, and have a working knowledge of the ongoing impact of the Indian Act.

Ideally, news organizations should support their staff through cultural awareness training so that they do not inadvertently perpetuate many of the negative perceptions that plague First Nations in Canada.

It’s 2017! Canada is on the path of reconciliation and mainstream media can greatly aid the process by becoming more specific with its headlines for Indigenous issues articles. This is just the opinion of one Indigenous person out of a possible 1.4 million Indigenous opinions.

[1] Beyond crisis reporting: Rebalancing the relationship with Indigenous  Peoples; Policy Options/Options Politiques,  May 2, 2016