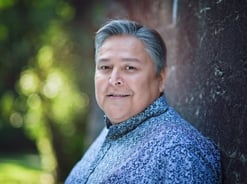 “A declaration is made that the Crown provincial had in 2000, and the Crown and Weyerhaeuser have now, legally enforceable duties to the Haida people to consult with them in good faith and to endeavor to seek workable accommodations between the aboriginal interests of the Haida people, on the one hand, and the short-term and the long-term objectives of the Crown and Weyerhaeuser to manage T.F.L. 39 and Block 6 in accordance with the public interest, both aboriginal and non-aboriginal, on the other hand.” Haida Nation v. B.C. and Weyerhaeuser, 2002 BCCA 462

There you have it - government more so, and corporations less so, have the duty to consult and if need be, seek workable accommodations. Some corporations initially took the Haida decision as the affirmation that the government has the duty to consult and therefore should be doing this work. Sounds good in principle but what happens if the government gets it wrong? Two words, “Legal Challenges.” If this happens from a corporate perspective timelines get pushed back, costs increase, and sometimes projects are stalled for years.

So in practice, what’s a corporation to do? It turns out that government is providing direction and is delegating the duty to consult to corporations (mining, forestry, pipelines, ski hills, etc.). Some corporations call this work “Indigenous engagement” as the government has the duty to consult and the government working in conjunction or following up with Indigenous consultation. Engagement and consultation go hand in hand and in a perfect world it means engagement, early, often and ongoing.

The ideal best practice for a corporation having successfully entered into Indigenous Engagement would be to have a fully executed impact and benefit agreement or other such instruments evidencing Indigenous community agreement before lobbying government for the requisite permits.

Here's a free eBook that provides an overview of Indigenous rights, title, and the duty to consult. Click the image to grab your copy.