Dean has been the Aboriginal Liaison for the Construction & Specialized Workers Union Local 1611 for five years. Prior to becoming a Business Representative in 1996, Dean worked in the construction industry as a rigger, first aid attendant, carpenter helper and labour foreman. As of March 2012, Dean is the Training Society Administrator for the Union. CSWU Local 1611 signed a Memorandum of Understanding with the Assembly of First Nations in 2012, and has signed several more with other communities around BC. The Union continues to look for more partnership opportunities and through the Union and the Training Society, help train community members who want to have a career in the construction industry, not just a job.

What is the CSWU?
The Construction and Specialized Workers’ Union, Local 1611 (aka the Labourers Union) was chartered as a Local Union in 1937, some 75 years ago. We are affiliated to the Laborers International Union of North America (LiUNA), which has 427 Local Unions across North America, and approximately 500,000 members. Our Local 1611 has approximately 5500 members. We are signed with over 1700 companies, of which about 400 are active at any one time. We are also the most diversified Union in the construction Building Trades, as we cover 51 job site classifications.

Why does Local 1611 strive to build relationships with Aboriginal communities?
It is the right thing to do, and is long overdue. Our Union also has a fairly high number of members who are approaching retirement. We want to connect with potential Aboriginal workers to not only encourage them to find gratifying careers in the construction industry, but to grow into steward and representational positions within the Union. We want to bring youth into our organization and to help them build skill sets that can open doors to long
lasting careers.

Do you have an example of a relationship that you Local 1611 has built with an Aboriginal community?
The Union began working with the Seabird Island Aboriginal Band over four years ago and over that time we have developed a respectful and enduring friendship. We recently ran a seven week pipe laying, surveying and traffic control course in conjunction with Seabird College. We were out in the community every week setting it up and every week while the course was running. Our instructor, Fred Webber, and I were invited to the graduation ceremony. We were blanketed and were treated like VIPs. It was such an honour. We would love to have this relationship with every community, and with over 200 in the province, it will be quite a task.

As you say, there are over 200 First Nation communities in the province - as the Aboriginal Liaison how do you initiate relationships?
A couple of examples.
We are on the Board of the Industry Council for Aboriginal Business (ICAB) so we attend their breakfast events all over the province which allows us to meet Chiefs, Council members, Economic Development Officers and others who are there to represent their band. These initial meetings frequently lead to us being invited to Chief and Council meetings which gives us the opportunity to explain who we are, what we do and why a partnership would be good for both parties. We also put on a lot of job fairs in conjunction with some of our projects, which is another great way to meet people who are interested in a career in the construction industry. In 2011 and 2012 we held job fairs in Kitimat related to the Alcan smelter expansion. We met with the Haisla, Metlakatla, Nisga’a and the Lax Kw’alaams, and close to 50% of the people we put on that job were First Nation.

Generally, how are Unions viewed by the communities?
Some people base their view of Unions on stories they have heard from family members who belonged to Unions in the fifties or sixties, and some of those relations were not positive. We tell them that not all Unions are the same, and that it is quite different today than it was then. We are always pleased when we are invited to sit down and tell them what we do now and what belonging to a Union can do for each individual. It is very rewarding to offer to open a door to meaningful employment. The bottom line is we are doing a better job. However we can do a better job still, and we need to be seen to be doing a better job. That is our task, and we will do the best we can.

We have a "Guide to Terminology" for you to download - it's free. 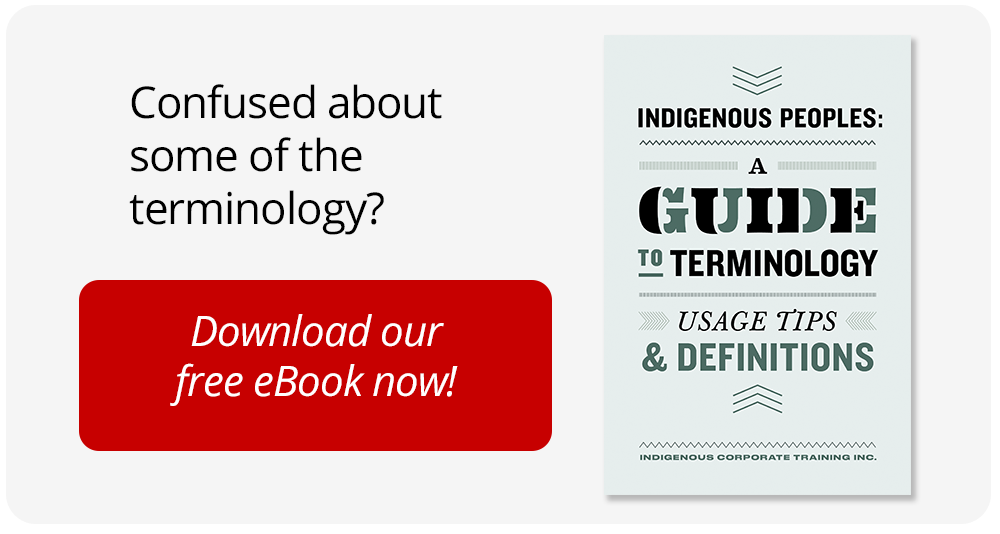