Indigenous people in Canada have the poorest health of all Canadians: 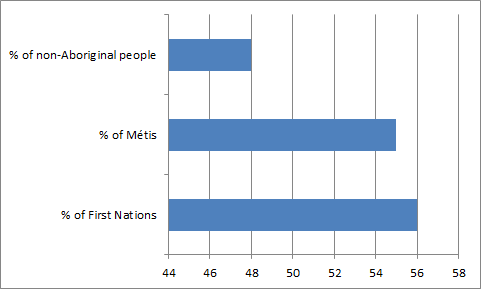 The reasons behind this statistic are many - intergenerational effects of colonialism, residential schools, poverty, and the triplet factor of inadequate education, housing and unsafe drinking water on some reserves - all of which are underscored by the fact that many Indigenous people do not trust, nor are comfortable in, the healthcare system.

This lack of trust means Indigenous people may be hesitant to seek health care when they first experience symptoms of ill health which can lead to a later-stage diagnosis and ensuing implications in terms of treatment and successful outcomes. The lack of trust also means many patients drop out of treatment, and acts as a barrier to accessing preventative care programs such as immunization and screening tests.

True, fundamental change in the way healthcare is provided to Indigenous Peoples will require commitment from all levels of government. It will also require commitment on the part of educational institutions that deliver health education, and should include representative groups such as the Assembly of First Nations, Native Women’s Association of Canada, Inuit Tapiriit Kanatami and Metis National Council.

Culturally competent care is experienced by the patient from the moment they enter the system when they are asked if they would like to self-identify as having Indigenous ancestry, which opens the door to accessing the programs.

The program includes Health and Social Liaison Workers, who do just that - they liaison with each patient:

“There are six Liaison Workers, with training in Aboriginal health and social work, who visit each First Nations, Inuit or Métis patient that is admitted to the hospital and, as needed, in the Emergency Department whose role is to:

The First Nations Health program also includes a Child Life Worker, a Community Liaison/Discharge Planner, a Traditional Medicine Coordinator and, the Na'Ku Healing Room, which “is available as a place for family members to gather, to be with a patient, to pray and practice traditional ceremonies and private rituals. The Healing Room is open for use by all people who respect our traditional beliefs.” Yukon Hospital Corporation

If Indigenous healthcare is your area of interest, we thought you might enjoy this article "9 Tips for a Culturally Competent Environment for Indigenous Patients".
Here's a free eBook for you that looks at and dispels 9 common myths about Indigenous Peoples.