Cultural Competency and You


Cultural competency has become a buzzword in the Aboriginal Awareness training industry and we get a lot of requests from individuals and organizations asking if our courses include it.  In this article we try to explain what it is and how we incorporate it into our training programs. 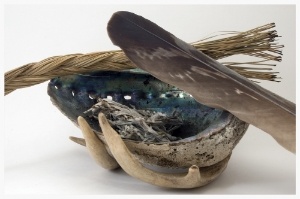 So, what is cultural competency?  To start of with it's important to be familiar with the definition of culture. We like this definition:

"The body of learned beliefs, traditions, principles, and guides for behavior that are commonly shared among members of a particular group. Culture serves as a roadmap for both perceiving and interacting with the world.” [1]

When working with First Nations, Métis and Inuit it's critical that you recognize the cultural diversity of each Nation, hamlet and community  and how that affects the way they respond to and interact with you or your organization. The lack of understanding and recognition of the incredible rich diversity of Aboriginal Peoples is one of the biggest misunderstandings that non-Aboriginal people can make.

Cultural competency first started to be discussed in the late 1980s as an emerging evolution in providing health care in the United States to a diverse population. Since then, cultural competency training has rapidly become a common feature in health care and education. Increasingly, it is also on the radar of corporations that work with or want to work with Aboriginal communities.

Following the release of the Truth and Reconciliation Commission's summary report and 94 Calls-to-Action in 2015 there has been a rise in demands for cultural competency training and the role it can play in reconciliation.

Cultural competency doesn’t have a single, universally accepted definition so we went to Wikipedia for the answer.

(a) awareness of one's own cultural worldview,

(b) attitude towards cultural differences,

(c) knowledge of different cultural practices and worldviews, and

Developing cultural competence results in an ability to understand, communicate with, and effectively interact with people across cultures.” [2]

So, how do you (or your organization) stack up on the above components? If you want to analyze your personal cultural competency in terms of Aboriginal Peoples, ask yourself these five questions:

Back to the question of whether or not our training includes cultural competency the answer is yes, and we have been doing so for over 20 years. Our training helps participants recognize situations in which their interpretation or worldview is at odds with that of Aboriginal Peoples. A classic example, as found in most history books, is the notion that Christopher Columbus discovered the New World. From the perspective of an Aboriginal person who can trace their history in the country well beyond the arrival of Christopher Columbus this is a culturally offensive statement. Watch my short video for a full explanation.

If you are looking for a qualified cultural competency trainer, here's a checklist may help you determine which provider to go with.