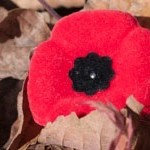 When we think of Aboriginal war heroes Tommy George Prince immediately and justifiably jumps to mind. But, there are many other Aboriginal heroes who fought on the front lines of every major battle Canada has been involved in.

“Why” did they enlist comes to mind when one reflects on the treatment Indigenous people received at the hands of the Canadian government, and the sacrifices required in order to enlist. In the above video, at about the three minute mark, Elder Isabelle Mercier, RCNS; CWAC. Ret’d, Mishkeegogamang Ojibway Nation, makes an interesting statement regarding this very question “Many of our veterans stepped up to ensure our treaties were secure because if the other side won, the other signatory [on the Treaty] would no longer be able to commit to those Treaties; our Treaties would become non-existent.”

By listing these decorated heroes we by no way are overlooking the very important role many Indigenous women made to the war effort, both overseas and at home.

This is but a short list of the many whose chests proudly bore the medals they so justly deserved:

Charles Henry Bryce, Chapleau, Ontario (his mother was a Cree from Moose Factory, Ontario; his father, non-Aboriginal WW I hero from Westmeath, Ontario); Distinguished Conduct Medal and Military Medal; WW II
Citation*:“The magnificent courage and fighting spirit displayed by this NCO when faced with almost insuperable odds are beyond all praise. His gallant stand, without adequate weapons and with a bare handful of men against hopeless odds will remain, for all time, an outstanding example to all ranks of the Regiment.”

Citation: For conspicuous gallantry and devotion to duty. He was in advance of his company as a scout and single-handed he rushed an enemy machine gun and killed the crew, thereby saving many of the lives of his own company and permitting the advance to proceed unchecked. He showed splendid gallantry and determination.

Tom Charles Longboat, Onondaga, Six Nations Grand River Reserve, Ontario; WW I Very famous distance runner, did not receive any medals for bravery but he forsook his lucrative running career to enlist as a dispatch carrier and ran message and orders between units; was wounded twice and declared dead once. Returned to competitive running after the war; Member of the Canadian Sports Hall of Fame

Citation: Single-handed he captured 19 prisoners, and later, when attacked by five more prisoners who attempted to reach a machine-gun, he was able—although wounded—to dispose of them unaided, thus saving a large number of casualties.

Henry Louis Norwest, Metis, Fort Saskatchewan, Alberta;one of the most famous snipers in WWI; was awarded the Military Medal; achieved a sniping record of 115 fatal shots; awarded a bar to Military Medal

Citation:“Showed great bravery, skill and initiative in sniping the enemy after the capture of the Pimple**. By his activity, he save a great number of our men’s lives.” **(a peak at Vimy Ridge)

Francis Pegahmagabow, Ojibway, Wasauksing First Nation, Ontario; was one of the first Canadians to receive the Military Medal; WW I

Citation: ”For continuous service as a messenger from February 14th, 1915 to February 1916. He carried messages with great bravery and success during the whole of the actions at Ypres, Festubert and Givenchy. In all his work he has consistently shown a disregard for danger and his faithfulness to duty is highly commendable.”

Citation for first bar: "At Passchendaele Nov. 6th/7th, 1917, this NCO [non-commissioned officer] did excellent work. Before and after the attack he kept in touch with the flanks, advising the units he had seen, this information proving the success of the attack and saving valuable time in consolidating. He also guided the relief to its proper place after it had become mixed up."

Citation for second bar: "During the operations of August 30, 1918, at Orix Trench, near Upton Wood, when his company were almost out of ammunition and in danger of being surrounded, this NCO went over the top under heavy MG [machine gun] and rifle fire and brought back sufficient ammunition to enable the post to carry on and assist in repulsing heavy enemy counter-attacks."

Alexander Jr and Charles Smith, Six Nations, Ontario; both were awarded the Military Cross for gallantry

Alexander Smith, earned his Military Cross in France; WW I
Citation (in part): “he proceeded with a party of bombers and captured an enemy trench and 50 prisoners, displaying the greatest courage throughout. He was twice buried by shells but stuck to his post."

Charles Smith; earned his Military Cross in France; WWI
Citation (in part): "led his platoon forward with such rapidity that he surprised a party of [enemy] sappers preparing to blow up a road mine."

If you're looking for some more free resources to support your goal to learn more about Indigenous Peoples, consider subscribing to our monthly Indigenous Relations Bulletin.