Aboriginal rights, title and the duty to consult - a primer 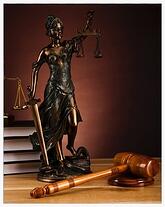 Aboriginal rights, title and the duty to consult are mighty topics that have been evolving ever since 1763 when King George III issued the Royal Proclamation, albeit with a gap between 1876 and 1951 when the Indian Act’s punitive policies restricted movement of Indigenous Peoples as well as their access to lawyers. After the 1951 amendments to the Indian Act, the courts were inundated with cases by Indigenous Peoples who finally had recourse to address their pent up frustrations regarding ownership of property, rights and title, and right to self-govern. The logjam of court cases finally began to move in 1973 with the Calder decision (see below).

We have free ebooks and other resources for you to download to continue your learning about Indigenous Peoples.

So, what does all of this mean in terms of Aboriginal rights? Here’s a snapshot of the basics:

And here are brief summaries of the court cases that defined the above bullets:

Calder, 1973 (Calder decision recognizes Aboriginal title)
For many years, the Government of Canada refused even to entertain the concept of Aboriginal title. That policy mountain moved in 1973, shortly after the release of the Supreme Court of Canada's landmark decision in Calder v. Attorney General of British Columbia.

Guerin, 1984 (Guerin decision established Crown’s fiduciary duty to protect Aboriginal title)
The Supreme Court ruled that the federal government had a “fiduciary responsibility” for Indians and lands reserved for Indians - that is, a responsibility to safeguard their interests. This duty placed the government under a legal obligation to manage Aboriginal lands as a prudent person would when dealing with his/her own property.

Sparrow, 1990 (Sparrow decision recognizes Aboriginal right to fish)
The 1990 Supreme Court Decision in R. v. Sparrow was the first Supreme Court of Canada decision which applied s. 35, of the Constitution Act, 1982 which states “The existing aboriginal and treaty rights of the aboriginal peoples of Canada are hereby recognized and affirmed”.

Delgamuukw, 1997 (Delgamuukw decision confirms Aboriginal title exists)
The three commonly called Delgamuuk cases are a critical part of the constitutional puzzle of Aboriginal rights and title for British Columbia and all of Canada.

Tsilhqot’in, 2014 (Tsilhqot’in took the test to prove title and applied it)
The Tsilhqot’in decision is significant because the Supreme Court of Canada awarded the land to the Tsilhqot’in Nation.

[1] Why Treaties - A legal perspective