This is the third article in a three part series on Aboriginal repatriation – why it is necessary, the relationship between Aboriginal Peoples and museums, and the pioneering experiences of Andy Wilson and the Haida Repatriation Committee.

The emotional and complicated journey of repatriation for the Haida Nation began in the early 1990s when the efforts of the Old Massett Village Council and the Haida Gwaii Museum ensured 23 ancestors returned to Old Massett after being removed from an archaeological dig. At the same time, the community began investigating disturbing rumours that unethical archaeological digs had occurred in the 1970/80s on Haida Gwaii. More disturbing yet was the fact that an anthropologist living on Haida Gwaii had taken the remains of over 45 individuals to California. At the urging of the Band Councils of Skidegate and Old Massett and the Haida Gwaii Museum, a criminal investigation was undertaken by the RCMP who travelled to California, seized the remains, and returned them to Haida Gwaii.

This cataclysmic event opened the chasm of realization that history had not served Haida Gwaii well, and that it was time to bring home the remains of the hundreds of family members and cultural treasures that were spread throughout the world.

It was the news of the unethical digs and the theft of ancestral remains that motivated Andy Wilson to get involved in what would become an all-consuming passion, and full-time volunteer position for 10 years. “I got involved after I had an accident and was recuperating at home. I needed something to do so bought a secondhand laptop and started researching – what I learned was very upsetting so I co-founded the Skidegate Repatriation Committee and the Haida Repatriation Committee and began working to bring home our ancestors." Wilson did not realize what lay ahead. “Every time our committees met with the museums or communities there was always something new that we had not thought about or weren’t aware of – there were so very many obstacles. It was an exhausting process,” he said, reflecting back.

The Haida Gwaii Museum and Haida Heritage & Repatriation society began a letter writing extravaganza to museums across Canada and the United States, asking if there were ancestral remains of Haida people in their vaults. Each museum that had remains was visited, the process and timing of repatriation worked out, and then the remains were returned home. Fund raising was a huge component of the process and pretty much all of Haida Gwaii became involved in raising the money to cover the costs. The most complicated repatriation in terms of logistics and costs was with the Chicago Field Museum. The museum had the remains, in part or whole, of 160 individuals. The cost alone for flying those remains home was $100,000. Thankfully, Air Canada kindly waived the airfare

It takes a community to re-bury an ancestor

Many of the remains were stored in museums in metal drawers or in cardboard boxes on shelves, the few burial boxes associated with these ancestors were not repatriated, but the museums provided containers to ship the remains back to Haida Gwaii. Wilson and the volunteers were subsequently faced with making hundreds of burial boxes, of various sizes.

“We, as a people, had lost the art of making bentwood boxes. For the first few boxes I worked with a friend who had a hot plate and a kettle which we used to steam the boards,” said Wilson. Each box took over a week to make which wasn’t feasible, given the sheer number required. Wilson, a plumber and gasfitter by trade with an ingenious streak, developed a machine that could make them in an hour.

As word went round Haida Gwaii volunteers flooded in. The high school called to say the students were interested in helping, and in learning the art of making bentwood boxes. Due to insurance issues they were not allowed to work with the machinery so instead were given the task of researching the family crest of each ancestor – which provided a wonderful opportunity to learn about their culture, and be an integral part of the momentous project. Each crest was largely drawn free hand onto the boxes and carefully painted – more cultural immersion for the students.

“At the same time, the elementary school asked how their students could participate so we came up with the idea that they could make miniature button blankets to wrap the remains in as that is how our ancestors were originally buried,” said Wilson. The relationship between the schools and the repatriation project continued for the full ten years that Wilson was travelling North America to locate, and repatriate, ancestral remains.

The concept of “reburial” was not part of the Haida culture which meant there wasn’t an existing ceremony to be performed as the ancestors were returned to the earth – a reburial ceremony had to be created. “We consulted with our Elders, drew upon our potlatch ceremonies and combined those with present day practices to bury the ancestors. It was part of the learning-as-we-went process,” reflected Wilson. Creating the reburial ceremony involved, for some learning, and for others re-learning, the Haida language so that the ancestors could be welcomed home in a familiar language.

The monumental task of making hundreds of boxes (over 460) carried on throughout the summers. As a cultural interpreter for a 50 foot Haida canoe made from a 700 year old red cedar tree, Wilson’s job was to talk with tourists who stopped by. During quiet moments he worked on boxes. Visiting tourists who asked him what he was doing were invited to help paint the boxes while he answered their questions. At this point, the word was out around the world about the Haida repatriation efforts and media outlets and tourists were coming to the islands from every corner of the globe.

When it was finally determined that all known Haida ancestors had been repatriated, a three day End of Mourning Ceremony was held June 20 - 22, 2005.

Many Aboriginal communities are currently immersed in repatriation of ancestors. The Haida Repatriation Committee and Wilson, although he has stepped down from the Committees, are frequently asked for input. “Repatriation is very complicated at the best of times. Every First Nation, university and museum has a different set of circumstances so when I’m asked a question, I try to think of the picture as a whole, and not so much about the obstacles that we had to overcome, which were many. When I go to meet with the many different First Nation groups, I realize that and am very open minded, and open to all the different circumstances, and I try to adjust accordingly. Repatriation is a very emotional process, because we are all still attached to those remains and artifacts. It wasn’t really very long ago that they were taken away – the attachment is still very fresh to their descendants,” says Wilson

If *anyone is aware of ancestral remains, and would like to arrange to return them, please contact: Haida Gwaii Museum

Please contact Andy Wilson for permission to reuse his comments. Mr. Wilson can be reached at andywilson5612@gmail.com

*all private repatriations are treated as anonymous unless otherwise specified

We hope you enjoyed this article. Consider signing up for our free newsletter to receive more interesting articles. 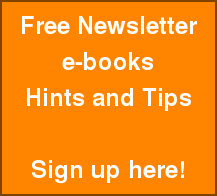