We have over 700 articles on our blog so decided to see if we could put the blog to the test of having an article that applied to every letter of the alphabet. Well, with a wee bit of leniency, at the very least, we have articles that apply in some way from A to Z. We really struggled with the "x" and "z".

Here are our ABCs of Indigenous Awareness: 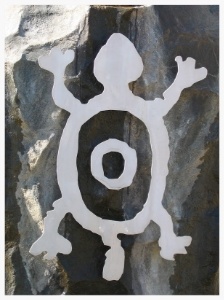 Aboriginal rights – defined in Section 35 of the Constitution Act, 1982

Beothuk: The Beothuk People of Newfoundland were the first Indigenous People to come into contact with Europeans - contact that tragically set the stage for their eventual extinction.

Calder – for many years, the Government of Canada refused even to entertain the concept of Aboriginal self-government. That policy mountain moved in 1973, shortly after the release of the Supreme Court of Canada's landmark decision in Calder v. Attorney General of British Columbia. For more on Frank Calder, please read: Frank Calder, The Man who moved the Mountain

Delagmuukw and Gisda’way v. British Columbia – the court case that defined Aboriginal title which refers to the rights of Aboriginal Peoples to the occupation, use and enjoyment of their land and its resources

Elder – a man or woman whose wisdom about spirituality, culture and life is recognized by the community. Here’s an article on protocol when engaging with an Elder.

First Nation relationship to the land – is spiritual and that spiritual connection is constitutionally recognized and legally protected.

Guerin – Delbert Guerin, a much respected advocate for and chief of the Musqueam Nation and for First Nation people, he devoted much time to organizations that supported their rights.

Hereditary Chief – a leader who has power passed down from one generation to the next along blood lines or other cultural protocol. The Indian Act imposed an electoral system of leadership that requires First Nation communities to have elections every two years. Here’s an article on First Nation Election Facts

Indian Act – many laws affecting Aboriginal Peoples were combined in 1876 to become the Indian Act. The Act gave Canada a coordinated approach to Indian policy rather than the pre-Confederation piece-meal approach.

Jargon – Chinook jargon was developed as a trade language so that communications could take place between people who spoke different languages.

Kahnawake Skywalkers - for over a hundred years, First Nation steel workers from Canada have applied their infinite skill and daunting bravery to the famous skyline of New York City. Generations of these men, known as “skywalkers”, have balanced precariously far above the city to “work high steel” on the city’s iconic buildings.

Land claims - are financial damage claims made by First Nations to deal with past grievances caused by the Government of Canada in its poor fulfillment of Indian treaty obligations or in its poor administration of land and other assets.

Metis – people of mixed Aboriginal and European ancestry. The Metis history and culture draws on diverse ancestral origins such as Scottish, Irish, French, Ojibway and Cree.

Names -one measure of the Indian Act was to rename the entire First Nation population, partly to extinguish traditional ties and partly because Euro-Canadians found many of the names confusing, difficult to pronounce and went against assimilation objectives - it was feared that leaving them with their traditional names would take away the motivation to assimilate.

O’Leary – Kevin O’Leary infamously used the phrase “Indian giver” in a live debate on television. Colloquial expressions that involve Aboriginal Peoples or their culture are derogatory and offensive and should be avoided.

Potlatch – a cultural celebration despite outlawed by the Indian Act but has survived and thrived. If you are honoured with an invitation to witness a potlatch, here are some protocol tips.

Qalipu Mi`kmaq First Nation – in 2013, a supplemental agreement was signed to protect the integrity and credibility of the Qalipu Mi'kmaq First Nation by ensuring that only those with a legitimate claim to membership and registration are enrolled.

Reserve – defined by the Indian Act as “… a tract of land, the legal title to which is vested in Her Majesty, that has been set apart by Her Majesty for the use and benefit of a band.” Here are some First Nation reserve FAQs.

Sixties Scoop - The term “Sixties Scoop” refers to the period from 1961 through to the 1980s that saw an astounding number of Aboriginal babies and children literally scooped from the arms of their parents and placed in boarding schools or the homes of middle-class Euro-Canadian families.

Treaty – An agreement between government and a First Nation that defines the rights of Aboriginal Peoples with respect to lands and resources over a specified area. Here’s an article on First Nation Protocol on Treaty Land

Urban reserve - land situated within an urban area that the Canadian federal government has designated as a First Nations reserve or a reserve that has had an urban area grow up around it.

Vote - the right to vote, which most Canadians take for granted, was a hard fought battle for Aboriginal Peoples. In most parts of Canada, First Nations were offered the right to vote at the time of Confederation - but only if they gave up their treaty rights and Indian status.

Women’s rights - despite numerous amendments to the Act, Indian status continues to be transmitted by male Indians, never by female Indians.

Xeni Gwet’in (Nemiah) First Nation – one of six members of the tribal council represented by the Tsilhqot'in National Government which are located throughout the Chilcotin Plateau. Here is a Q & A with Robert Janes, JFK Law, on the Supreme Court of Canada’s Tsilhqot’in Decision.

YMCA – the YMCA & YWCA and New Aiyansh have a relationship that dates back to the early 1800s.

Zoning – there are four land management regimes available for First Nations, one of which is the modern treaty. First Nations with modern day treaties have the ability to write their own land acts which include land use planning and development, zoning etc

If you are interested in learning more about Working Effectively with Indigenous Peoples®, we offer eTraining and Virtual Classroom training.