A Tribute to the Late Chief Beau Dick

He was a world-renowned Indigenous artist and Indigenous rights advocate who made significant contributions to family, friends, community, and the culture of the Kwakwaka’wakw. His contributions were immeasurable, his reputation immense, and his humility legendary. 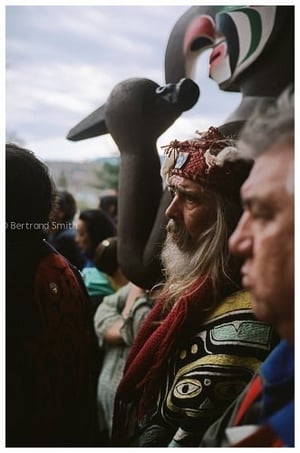 G̱ig̱a̱me' 'Walas G̱wa̱'ya̱m was a cultural treasure, full of knowledge, and always ready and willing to share that knowledge with everyone he knew, and according to my father, Chief Robert Joseph, his greatest and most memorable contribution was the spiritual essence he brought to our ceremonies. My sister Shelley Joseph said, “Beau was so authentic in his spiritually that it beckoned you to be authentic in your pursuit of spiritual freedom.” Here is a picture of Beau and other spiritual guides during our family potlatch held in Alert Bay in 2014.

We love you, miss you, and thank you ‘Walas Gwa’yam.

Here are some comments from others about Beau Dick:

LaTiesha Fazakas, Northwest Coast Art Dealer
“Anyone who has encountered a piece of Beau’s immediately has an emotional reaction.”

Roy Arden, Canadian Artist and Curator
“I was talking to some anthropologists who basically believe Beau is probably the best west coast artist since contact.”

Herve Curat, Collector, Professor of Linguistics, University of British Columbia
“So many times I remember looking at a piece and thinking it has to be Beau, no one else would have dared that.”

“The way he controls the wood is absolutely phenomenal.”

“His success, being in the limelight, at the galleries, is not what motivates him.“

Wayne Alfred, Kwakwaka’wakw Artist
“Beau is the rising tide that helped lift a lot of people up. When he rose up, a lot of us rose up.”

Of course, it is impossible to paraphrase a person as eloquent as Beau Dick so we gathered some excerpts from documentaries and interviews that, collectively, give a glimpse into the perspectives, world views, and hopes for the future of this great man:

“Breaking the copper is like a self-inflicted wound to let the poison out so we can heal and move on.”

I can only take a little bit of credit even though I see with my own eyes my own hands creating I know there is something else making it happen and it isn’t me.

Beau Dick addresses a supportive crowd at the BC legislative buildings in Victoria, BC before commencing a traditional Kwakwaka’wakw breaking of copper ceremony:

“The history of our copper is entrenched in our lives, our identity, our linneal bloodlines, and is a symbol of justice, a symbol of balance, a symbol of truth. This was extinguished by the colonial governments that came in and told us they were going to show us a better life, called us primitive savages, meanwhile our people had a higher standard of living than anywhere in the entire world. That sadly was stripped from us, taken from us. We went through shameful dark times. In our healing it is our nature to find truth. And the truth is we all need each other if we are to survive.

The copper is a powerful shield, chief’s armour amongst the Kwa'kwa'kawakw and neighboring tribes, we hold this symbol as sacred. To break a copper is a serious action. The threat of breaking copper is a serious action. Today, breaking our copper is making a statement, the copper is used in many fashions in our potlatch system, validating our heritage, our territories, to break it is an insult, a threat and a challenge. Because of all the wrongdoings and injustice that have been administered on us as First Nation peoples, in our healing we have found the strength to find who we are. …..in breaking this copper hopefully it will connect all of our voices, I am only one voice, many voices need to be heard, that must all come together to create one voice that can be heard through these walls.”

“The colonialists came and tried to destroy our culture but it stayed alive. In my family’s box of treasures….is a set of masks that we consider sacred because of their deeper meaning. They are only shown four times, at four different events, and at the fourth time they are burned, recycled back to the spirit world, back to the ancestors, and in that way they are given new life because we have to re-create them. We are always reinforcing the meaning of each mask so we won’t forget. So, that’s my role, as a practitioner in my culture.

Source: Beau Dick: The Box of Treasures on Shaw TV

When asked to speak about the spirituality behind some of the masks on display:

“Not in a two minute interview. I don’t want to get into it unless it is given the full reverence it deserves. Sure, it would be nice to have a little touch on it but again, for those who are curious and willing to take the time, the information is available here at the gallery. The stories attached to these masks come from ancestral bloodlines. A couple of them are paramount and deserve the full reverence of an explanation which would take some time.”

From the same interview:

“As an artist, it is my responsibility to restore and preserve the culture. Why? Because it is our identity. The impact of colonialism and cultural genocide continues. We’re working very hard and struggling to ensure that we keep it real in this world of convenience. Others may cater to and serve industry … but there’s another world that’s much more real and much more valuable and it’s all about connectedness, not only to the mother earth, not only connectedness to the great Creator but indeed it is about connectedness to each other. This is the overall message we want to illustrate. This is what our culture provides for us and illustrates in so many ways. It’s important to me and I’m impassioned and driven to work very hard. I’ve been given the opportunity to understand what this is all about. So many are deprived by the falsehoods…... I can tell pretty much what the person really is just from one look. That’s why I don’t like looking in the mirror because then I will see myself.”