6 Things You May Want to Know About the Daniels Decision

There are a lot of questions and some confusion out there about the April 14, 2016, Supreme Court of Canada ruling on Daniels v. Canada (Indian Affairs and Northern Development) (Daniels) and I’ve received quite a number of “what does this mean?” emails so figured a blog post on the topic would be timely. What follows are some notable legal perspectives from Indigenous law legal experts along with my not legal comments. 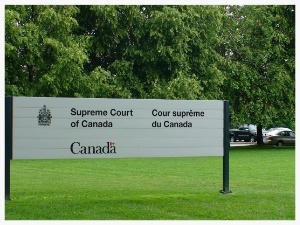 To start off, we turned to three legal experts we respect for some insight into six common questions about the impact on Métis and non-Status Indians and Canada.  We provide links to their full perspectives at the end of the article.

…..existing case law from the Court establishes that Aboriginal peoples have a fiduciary relationship with the Crown. Claire Trusdale, JFK Law

…..the SCC noted that it had previously recognized a “context-specific duty to negotiate when Aboriginal rights are engaged.” That is a restatement of what has been consistently characterized as a duty to consult, and where appropriate, accommodate Aboriginal Peoples in respect of their asserted or existing rights. While in practical terms consultation often involves some negotiation, that has not been the legal requirement to date. Roy Millen and Malcolm Funt, Blakes Aboriginal Law Update

Finally, apart from the brief reference to negotiation in the context of the third declaration sought by the plaintiffs (but not granted), the SCC declined to address the extent to which non-status Indians are entitled to be consulted regarding proposed resource development. This topic, which is potentially significant to project proponents, investors and other third parties, may be the subject of future legislative and judicial consideration. Roy Millen and Malcolm Funt, Blakes Aboriginal Law Update

What will be interesting is to see how the federal government will set aside money for Metis people, will they just take money away from First Nations? Or will they set up an entirely new budget? how will money be allocated when most  Metis don’t have a land base except on settlements established under provincial law.  Will they provide housing in urban settings? Schools in urban settings? A different health regime? All those questions will need to be answered. Judith Sayers, First Nations in BC Knowledge Network

So is the change good and when will it happen?
This case definitely is a game-changer for Métis people and non-status Indians as they, and their interests, will over time become embedded in the policy and law of the country.

As for when will it happen I think you only need to look at other Indigenous peoples issues and the length of time needed for the needle to move on them. Consider the Tsilhqot'in decision - it came down in 2014 and there has been low to no visible change in the treaty process and policy.  What about the associated, big picture policies that will need to be developed regarding hot button items such as will they pay tax on income earned on reserve and how will they deal with housing when most of the people affected by this decision live off-reserve, to name just two. The federal government already has quite a few high-priority portfolios on the go, and probably not enough funding to address them, and this one has only just entered the queue.

For your reference here are the full articles we developed our Q & A from:

Metis are a Federal Responsibility - No longer a Jurisdictional Wasteland, First Nations in BC Knowledge Network, Judith Sayers, April 14, 2016

Here's some clarification on the definition of non-status Indian and here's some information on status-Indian eligibility.

Free housing and Indigenous People don't pay taxes are two common myths. Here's a free eBook for you that dispels those and seven other common myths.