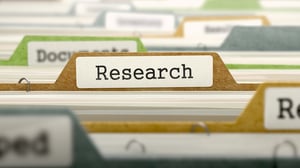 1. Know who you will be negotiating with and what decision-making powers they have.

You will also need to know if the community is on a two- or three-year election cycle, and when the next election will be held so that you can time your negotiations strategically. Get to know the candidates but remain impartial.

Elected and hereditary leadership:
This means that the above three bullets apply but that the hereditary chiefs will have a voice in decision-making and must be part of your engagement, consultation, and negotiation communications.

Hereditary chiefs, as the name implies, are those who inherit the title and responsibilities according to the history and cultural values of their community. Their governing principles are anchored in their own cultural traditions. Hereditary chiefs carry the responsibility of ensuring the traditions, protocols, songs, dances of the community, which have been passed down for hundreds of generations, are respected and kept alive. They are caretakers of the people and the culture and they view decision making on the perspective that decisions made today must be in the best interests of their people in seven generations.

Hereditary chiefs are not accountable to the federal government.

Indigenous relations tip:
Whichever style of governance, it’s important to the success of your work that you put time and effort into building community support as Indigenous and treaty rights are collective in nature.

Honouring the Declaration is where the future of consultation, negotiation, and reconciliation with Indigenous Peoples is headed and is included in the Truth and Reconciliation Commission’s 94 Calls to Action (#s 43 & 44). Canada, after some delay, in 2016 removed its objector status to the declaration. Bill C-262, An Act to Ensure that the Laws of Canada are in Harmony with the UN Declaration on the Rights of Indigenous Peoples, a private members bill, was introduced on April 21, 2016, and would have seen Canada take steps toward implementing the global minimum human rights standards for Indigenous Peoples. However, although it passed the third reading, on June 21, 2019 (National Indigenous Peoples Day) the Senate halted its passage to becoming a law.

The doctrine of Aboriginal rights exits . . . because of one simple fact: when Europeans arrived in North America, Aboriginal peoples were already here, living in communities on the land, and participating in distinctive cultures, as they had done for centuries. It is this fact, and this fact above all others, which separates aboriginal peoples from all other minority groups in Canadian society and which mandates their special legal . . . status.” [1]

Despite being recognized in the Royal Proclamation, the Canadian Constitution and by the Supreme Court of Canada, Indigenous Peoples are still struggling to have their constitutionally protected rights recognized. The onus continues to be on them to prove, via the courts, their Indigenous rights.

4. Understand the relationship between Indigenous Peoples and the land.


When negotiating with an Indigenous community about a project on or near their traditional or treaty lands, try to keep in mind the longevity of their relationship to that land. As Chief Justice Antonio Lamer stated above, they have been “living in communities on the land, and participating in distinctive cultures . . . for centuries.” They are not new to the ‘hood. Their culture, worldview, ceremonies, medicines, traditional foods, Indigenous knowledge all stem from their deep and abiding relationship with that land.

The right to this relationship is recognized in the Declaration in article #25:
“Indigenous peoples have the right to maintain and strengthen their distinctive spiritual relationship with their traditionally owned or otherwise occupied and used lands, territories, waters and coastal seas and other resources and to uphold their responsibilities to future generations in this regard.”

5. Understand and respect the immense pressure leadership is under to balance economic opportunities for community members with the need to protect the environment.
Pre-colonization, Indigenous communities had sophisticated laws and structures for decision-making regarding the health and sustainability of their community and traditional lands. Leaders made long and short-term decisions about resource management, trade, and generation of wealth. The laws and structures called upon to make those decisions were intertwined with the lands, waters, and resources of each community. Many of those traditional decision-making systems have been eroded or dismantled entirely due to the federal laws and policies geared towards assimilation and cultural disintegration.

Some communities struggle desperately to provide for their people so if they decide against a development project it is not a decision that has been easily made. It is not irrational or short-sighted. It means the scales tipped in favour of cultural survival for future generations. And it means your organization needs to take a deeper look at the long-term (seven generations) impact of your project to the community.

Indigenous relations tip:
Don’t play the improved economy card in negotiations as that can be interpreted as  disrespectful of the sometimes desperate pressure leadership is under to balance socio-economic well-being at the cost of preserving their ancestral land and culture for future generations. They are well aware of what’s on the table and what’s at risk.

6. Have the right decision-making people at the table representing your company - preferably the President or CEO as they are the ones who can make decisions.
When it is time to sit down and begin negotiations, don’t send company reps who are not qualified to make decisions regarding the negotiation terms. The highest-ranking members of the community will likely be at the table or in the room. If your organization does not send people of equal stature, especially for the first meeting with the objective of identifying you as the organizational representative, what message does that send?

We cover these topics and many more in our How to Negotiate with Indigenous Peoples training.

If you are interested in learning more about Indigenous rights, title, and the duty to consent, we have a free eBook for you. Click the cover to grab your copy.