4 Facts about Indigenous People and Taxes

The myth that Indigenous People do not pay taxes is one of the more enduring misconceptions regarding how easy Indigenous People have it and generates a lot of resentment with non-Aboriginal Canadians. Other myths concern free education, free housing and others. 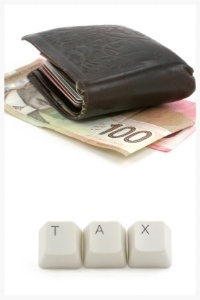 The topic of taxes and who amongst the just over 1,400,000 Aboriginal People pays what and who doesn’t generates quite a bit of confusion so we thought we would provide some facts. In this article we use the term "Indian" as that continues to be the legal definition.

Also, based on Supreme Court decisions, Indian property not situated on a reserve will generally be subject to tax just like property held by other Canadians.” [2]

So, in terms of how many status Indians are receiving income tax exemptions:

In 2012, Justin Bieber infamously stated in an interview for Rolling Stone magazine "I'm actually part Indian. I think Inuit or something? I'm enough per cent that in Canada I can get free gas."

Reality check – status Indians who present their status card when purchasing gas on reserve are tax exempt. This does not apply to gas purchased off reserve.

We have covered just four aspects of the more commonly held misconceptions about Aboriginal Peoples and taxes. So, when you hear the statement “First Nations don’t pay taxes” you will know differently. We also would like to point out that not paying taxes is practically a national past time - consider all the non-IndigenousCanadians and corporations who actively look for loopholes to avoid paying taxes.

I don't have a business on reserve and I don't work on reserve therefore I pay taxes like almost all other Canadians.

If you are looking for Indigenous relations training, we offer both on-site, and public training. Be sure to save your seat if you would like to learn more. By the way, did we miss anything? We are not tax accountants or lawyers and it is possible that we have missed something.