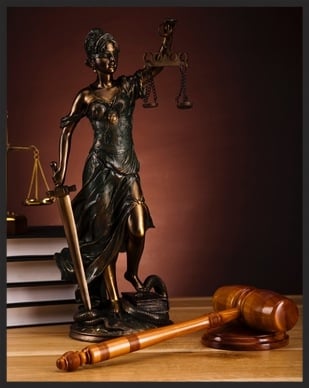 The unanimous decision in the Taku case provided much needed clarification of the duties of consultation and accommodation in respect of government decisions, which may impact asserted Aboriginal rights.

Applying Haida Nation, the Court ruled that the Crown owed a duty to consult meaningfully with the Taku River Tlingit First Nation (TRTFN) regarding the decision to re-open the Tulsequah Chief Mine, and to permit Redfern Resources Ltd. (the mine operator) to build a 160 kilometre access road through a portion of their traditional territory. However, the Supreme Court also found that the duty of consultation was met by TRTFN’s extensive involvement in the three and a half year review process conducted under B.C.’s Environmental Assessment Act.

END_OF_DOCUMENT_TOKEN_TO_BE_REPLACED

The Haida case is significant because a unanimous Supreme Court of Canada set out the basic principles applicable to the duty to consult.

END_OF_DOCUMENT_TOKEN_TO_BE_REPLACED

In 1984, members of the Nuu-chah-nulth First Nation and other protesters blocked MacMillan Bloedel’s access to its timber berth on Meares Island. The Province of British Columbia regarded the vast majority of the island as Crown land, but the protesters claimed that allowing logging on Meares Island interfered with Aboriginal title. A court injunction was sought to halt MacMillan Bloedel’s operations until the claim was resolved.

END_OF_DOCUMENT_TOKEN_TO_BE_REPLACED

So you have done your due diligence and completed your research on the community(ies) you want to engage with, and you’ve done an evaluation of the information and have an understanding of the community’s key issues and how they may affect your proposed work. Now it’s time to consider individual and organizational approaches for your community engagement. In other words, the next step is to strategize your Aboriginal Community Engagement.

END_OF_DOCUMENT_TOKEN_TO_BE_REPLACED

Six “Must Don’ts” for an effective First Nations Engagement Strategy

In this second installment in our series of "must dos and don’ts” for an effective First Nations engagement strategy, we are providing six “don’ts” that in our experience should be avoided. Some are very obvious, some might surprise you. The most important aspect of effective engagement with First Nation people is to know and respect your audience and avoiding these “must don’ts” will help you in your effort to build an effect engagement strategy and protocol.

END_OF_DOCUMENT_TOKEN_TO_BE_REPLACED

Two Must Dos for an Effective First Nations Engagement Strategy

When building an effective First Nations engagement strategy or program, there are many simple things you can do which will go a long way to getting your relationship off to a good start.

END_OF_DOCUMENT_TOKEN_TO_BE_REPLACED

Allison Rippin Armstrong, Director of Lands and Environment, Kaminak Gold Corporation, has nearly 20 years of experience working in permitting, regulatory processes and environmental compliance working for resource companies, Aboriginal organizations and NGOs. She is a strong advocate for early engagement and enduring consultation with Aboriginal communities. Allison kindly spent some time with workingeffectivelywithaboriginalpeoples.com to talk about why early engagement is so important.

END_OF_DOCUMENT_TOKEN_TO_BE_REPLACED

For many non-Aboriginal businesspeople looking to explore opportunities with Aboriginal companies, outwardly, it can look like business as usual. However it is not.

END_OF_DOCUMENT_TOKEN_TO_BE_REPLACED

In this Q and A, Rhonda shares some great advice on Working Effectively with Aboriginal Peoples® and the importance of building relationships and taking a holistic approach when looking for solutions.

END_OF_DOCUMENT_TOKEN_TO_BE_REPLACED

I was invited by the International Association of Public Participation to speak on Aboriginal Engagement at their Annual General Meeting in Vancouver in December, 2013.