END_OF_DOCUMENT_TOKEN_TO_BE_REPLACED

7 Things to Do Before Consulting with First Nations

Strategies for consulting with First Nations are as varied as the histories, cultures, traditions and world views of the over 600 First Nation communities in Canada themselves. There isn't a "one size fits all" template because each community requires different consultation processes, some communities will have their own policies or templates for consultation, and each provincial and territorial jurisdiction has its own regulations. But, there are steps to take before you engage with a First Nation community that are common for all effective consultation processes.

END_OF_DOCUMENT_TOKEN_TO_BE_REPLACED 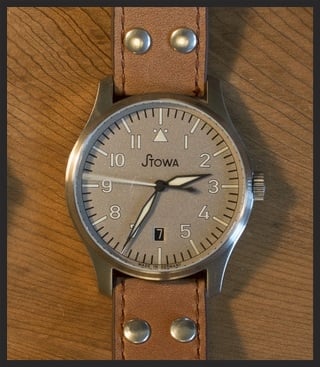 Things have definitely changed when it comes to First Nation Community Engagement. The Tsilhqot’indecision has moved the bar much higher in terms of legal requirements and will definitely require governments to beef up and strengthen their duty to consult requirements and policies.

END_OF_DOCUMENT_TOKEN_TO_BE_REPLACED

On November 27, 2014, we were very honoured to have Karey Brooks and Jeff Langlois of JFK Law Corporation partake in a webinar on the recent Tsilhqot'in and Grassy Narrows court cases. We've had lots of great feedback from those who sat in on the webinar.

END_OF_DOCUMENT_TOKEN_TO_BE_REPLACED

In the West Moberly case the Court of Appeal upheld an Order of the BC Supreme Court declaring that the Crown was in breach of its duties to consult and accommodate the West Moberly First Nations when granting permits to First Coal Corporation regarding its advanced exploration program.

END_OF_DOCUMENT_TOKEN_TO_BE_REPLACED

In the 1950s, the government of BC authorized the building of a dam and reservoir that altered the flow of the Nechako River without consulting the First Nations of the Carrier Sekani Tribal Council affected by this project. Excess power generated from the dam has been sold by Rio Tinto Alcan to BC Hydro under Energy Purchase Agreements (“EPAs”). Since the initial EPA in 1961 there have been regular renewals of these agreements. At the time of the 2007 EPA the First Nations asserted to the BC Utilities Commission (the “Commission”) that these agreements should be subject to consultation under Section 35 of the Constitution Act, 1982.

END_OF_DOCUMENT_TOKEN_TO_BE_REPLACED

The Royal Proclamation of 1763 was a demonstration of Britain’s acknowledgement that “any lands that had not been ceded to or purchased by” the Crown were reserved to “the several Nations or Tribes of Indians with whom We are connected, and who live under our protection.” Many misunderstandings, disputes and grievances about those early treaties have erupted over the years, usually arising from Aboriginal efforts to enforce the treaties. Much of the conflict has been rooted in the fundamental differences between the Aboriginal tradition of communal land rights and responsibilities and the European tradition of private land ownership.

END_OF_DOCUMENT_TOKEN_TO_BE_REPLACED

Duty to Consult in Post-Treaty Context

The Supreme Court of Canada confirmed that the duty to consult also exists in the post-treaty context in the 2005 case of Mikisew Cree First Nation v. Canada (Minister of Canadian Heritage). The Court held that even though governments have a power to exercise their treaty rights, those rights are subject to a duty to consult in situations where the exercise of those treaty rights would have an adverse effect on Aboriginal treaty rights.

END_OF_DOCUMENT_TOKEN_TO_BE_REPLACED

The Powley case is the most significant decision relating to Métis people in Canada to date. Unlike Status Indians, whose identity is determined by the provisions of the Indian Act, there was no legal definition of who was a Métis person until this Supreme Court of Canada decision.